There are various types of beer with different flavours. But do we know exactly what goes into the making of it? This article will focus on the main components of beer and how it is prepared. Surprisingly enough, there are only 4 main components namely, malt, water, hops, and yeast.

Water is a major component of beer. Water in different parts of the world can have slight differences because of the variation in its mineral content. But this character subtly affects the taste of beer resulting in the increase in the popularity of beer brewed in certain regions. For example, the water in Burton, an area in Great Britain contains Gypsum. This is particularly beneficial for the production of pale ale. This has become so popular that the brewers of pale ale in other regions have included addition of Gypsum in their manufacturing process. When it comes to the manufacturing process, the beer produced by small-scale independent brewers is called a good craft beer in Australia. 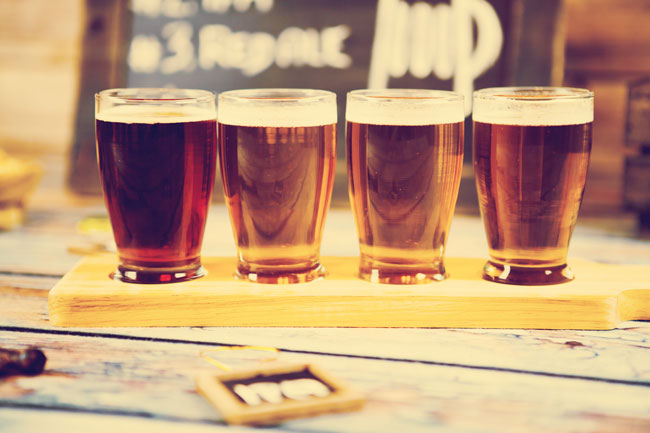 In some countries there are even contests to select who brews the best craft beers.

Malt grain is the most commonly used starch in beer. Starch is the essential element that gets fermented giving the beer a characteristic flavour. You can use either dry or liquid malt. You can get different colours of malt by using different temperatures and times for roasting. Darker malt will produce a darker beer and vice versa. Malt is the source of sugar for the fermentation process. The grain is soaked in water and later dried in a kiln. The majority of the starch in almost all beer is barley malt because of the presence of fibrous husk.

Yeast converts the sugar into alcohol. But as it’s a living organism it needs a lot of care and consideration. Their conditions can’t be too warm or too cold. Therefore the micro conditions have to be carefully monitored to get the best possible result. One strain of yeast can be used multiple times in the brewery. Most types of yeast used in the brewing process don’t affect the flavour of beer. But some beers incorporate yeast strains that give them a specific taste and aroma.

Hops are used to give flavour to the beer. They add a taste of bitterness to the beer and balances out the sweet taste of malt. They impart citrus, floral and herbal aromas and flavours to beer. Flavouring hops are added in the beginning of the boiling process while aroma hops are added later. They contribute to the making of unique styles of beer.

The brewing process and how you use certain ingredients may differ according to the brewer. This is what makes a certain beer special. The brewers are quite tight-lipped when it comes to their individual process and flavours of beer used. Sometimes there are specialty grains that give an extra boost to the flavour. Some examples are chocolate malt, malted rye and biscuit malt. Some also add priming sugar that helps control the carbonation of the beer.